Fitness after a setback 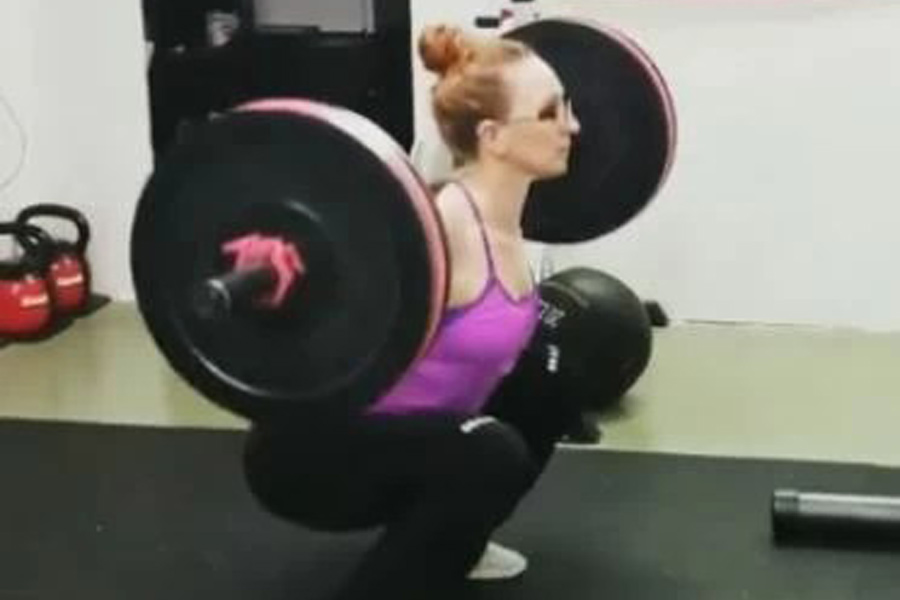 Setbacks happen in life—in careers, relationships, finances, and of course, fitness. As with any setback in life, the goal when facing a setback in fitness is to find a way to move forward.

Fitness setback can occur for myriad reasons—an injury, pregnancy, time constraints, familial responsibilities, etc. The setback can be major or minor, acute or chronic. Regardless of the setback circumstance, the goal when facing a setback in fitness is to find a way to move forward.

This is Nathan writing today and I want to talk about continuing fitness after a setback. Grace and I have both experienced setbacks in our fitness lives—the process has not always been smooth sailing. We both experienced injuries, sickness, time constraint issues, and other problems as we move along out fitness paths. In order to be successful, we had to find a way to continue to move forward.

In 2010, I experienced a serious hamstring injury. At that time, my squat was 515 pounds while my deadlift was 535 pounds. As soon as the injury occurred, I could lift no more than about 400 pounds for each lift. Now you might not see that as a big deal since I could still lift that weight but imagine if you lost 20 percent of your physical ability across your lower body and posterior chain—it is a big deal.

The issue made it so I could not sit or stand in one place for 20 minutes without my muscles starting to cramp. At one point, while walking up a flight of stairs at home, my hamstring cramped and I collapsed on the stairs. I could not move for 10 minutes and it took me 30 minutes to be able to walk normal again.

I battled this injury for months and it took me two years to recover the strength as well as overall performance I lost. Today, my left hamstring (where the injury occurred) is still a weak point, in that it will fatigue quicker than my right side, experience greater soreness than my right side, and be prone to cramping more often than my right side.

This injury occurred when I was 30, and there were people who made negative comments about me getting old as if that was the reason for the injury (it was not). That said, due to the length of recovery, my age at the time, and my frustration with losing as much ability as I did, at points, I doubted myself, even though I knew better.

I had an option during those two years and beyond—keep working to move forward or give up. To do so, I acknowledged I could not work out like I was before the injury. In fact, due to the injury, I cut back from my 5-6 of resistance training per week to 3-4, since I could not handle the same level of volume. Before the injury, I had taken up martial arts, so I dedicated my “free time” to working on martial arts. Over the next two years, I rehabbed my injury, slowly added to workout volume as well as weight, slowly got stronger, and became better at martial arts. The injury cause problems along the way—such as collapsing on the stairs due to a cramp—but I pulled back as needed and pushed forward when I could.

At the end of the two years, I had regained my strength and overall performance, learned martial arts, and, perhaps most importantly, pushed through an injury they may have made other people give up.

This was not my only injury. For example, I had knee injuries, shoulder overuse issues, and shin splints (not all of this was related to working out, some was occupational and some was just life happening). One of my injuries in recent years was a shoulder injury due to falling during a handstand. When I fell, I fell straight down and all of the weight landed on my left shoulder, which is also a shoulder that has permanent damage from a childhood injury (not workout related). It took me a few months to rehab and during that time I had limitation in my upper body, but again, I found a way to push forward.

As many of you know, Grace gave birth to our daughter Amelia last year, which is her first child and my second. Now, it might seem odd to include pregnancy as a setback, but during the time she was pregnant as well as in the months that immediately followed, Grace’s fitness level decreased. This was a setback, but I am not stating anything negative about pregnancy or having a baby. We enjoyed the process and love our daughter.

Grace was able to complete her workouts as normal during the first couple months of her pregnancy. Once we came close to the second trimester, she had to make significant changes. Some of those changes included:

The changes happened in stages, and the items listed above are just examples, as other changes occurred as well. For example, Grace completed standard pull-ups as long as she could, then switched to variations before removing them completely.

Due to the pullback during pregnancy, which was greater than we anticipated, Grace lost more fitness than expected. The birth and subsequent recovery post pregnancy compounded this loss. As most people do, we planned for a vaginal birth, but a planned c-section became necessary. As a result, the post-pregnancy recovery period was longer than planned, and due to the surgery, Grace’s midline was impacted more than the rest of her body. Add to this that she was not able to work on core specific exercises during pregnancy as well as she had to pull back significantly on resistance training, and her midline became the area that saw the greatest decrements in ability.

For the first three months post pregnancy, Grace’s workouts were nothing like those she completed before pregnancy. For the first month she could not lift weights, during the second month she could lift light weight, and during the third, she began to go heavier. She also eased into running and other aspects of her workouts, such as circuits/metcons.

For those of you counting, if you include the pregnancy and three months that immediately followed, she had 9-12 months of reduced ability from which to recover. Think about if you had to significantly pull back on workouts for almost a year.

Months 4-6 after the pregnancy saw Grace return to a normal workout schedule, which was when she really became able to work hard to regain her fitness. She began pushing the weight higher, pushing harder on running, utilizing more exercise variety, and increasing the intensity of metcons/circuits.

The process paid off and Grace is back to her pre-pregnancy fitness level. For perspective, Grace gave birth to Amelia on March 27, 2018, while today is March 11, 2019. For some of you, that might seem like a long time. For those of you who understand the impact of not being able to work out as normal for 9-12 months, the changes that occur in the body during pregnancy, and the effects of a major surgery, you know her return to pre-pregnancy fitness—not to mention pre-pregnancy body—speaks to her level of motivation as well as the hard work she put in.

Getting to the point

If you have not realized it yet, the point is setbacks happen in life—in careers, relationships, finances, and of course, fitness. As with any setback in life, the goal when facing a setback in fitness is to find a way to move forward. Grace and I did just that when we had setbacks.

So how can you do it? By having motivation and realizing a solution is always present. Sometimes that solution will just allow you to maintain your fitness, while other times it will allow you to improve. Either way, you are moving forward since you have not given up.

There is always a way. If you do not find it, you do not want success bad enough.